What is Creatine? Creatine (α-methyl guanidine-acetic acid) is a substance that is found naturally in muscle cells. It is a dietary supplement that improves exercise performance and increases fat-free mass (R). Creatine is a compound that is both made inside the body from amino acids and obtained through diet (R). About 95% of the body’s creatine is stored in skeletal muscles, in the form of phosphocreatine. The other 5% are stored in the brain, kidney and liver (R). 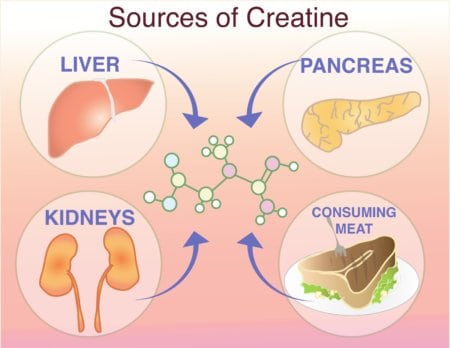 Causes water retention which may cause weight gain. 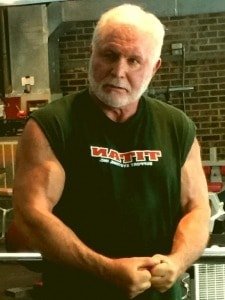 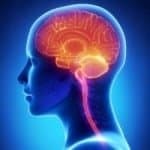 Oral creatine monohydrate supplementation in young adult vegetarian subjects had a positive effect on both working memory and intelligence (R1, R2). Supplementation in elderly people improved their cognitive performance in one study (R). In one study following 36 hr sleep deprivation, supplemented individuals demonstrated improved performance on a random number generation task (R). Creatine supplements for older adults can improve the quality of life and may reduce the disease burden associated with sarcopenia and cognitive dysfunction (R).

4) Creatine May Help Against Parkinson’s Disease

In one study, creatine monohydrate supplementation in patients with Parkinson’s Disease improved upper body strength and could enhance the benefits of resistance training (R). Combination therapy with Coenzyme Q 10 could delay the decline of cognitive function in PD-MCI (Parkinson’s Disease-Mild Cognitive Impairment) patients and could lower their plasma Phospholipid levels (R). Creatine has been shown to have beneficial effects on Parkinson’s in mice, preventing 90% of the drop in dopamine levels which characterize Parkinson’s (R). However, more well-designed clinical trials with a larger sample size and long-term follow-up are needed to assess the use of creatine for Parkinson’s Disease.

5) Creatine Can Fight Other Neurological Diseases 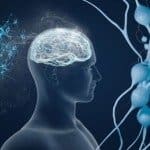 A five-day dose of creatine in women may be an effective strategy for delaying the onset of neuromuscular fatigue (R). Creatine supplementation had reduced ratings of perceived leg fatigue in endurance-trained males who performed exercises in heat (R). Following 24-h sleep deprivation, creatine supplementation had a positive effect on mood state and tasks that place a heavy stress on the prefrontal cortex (R). 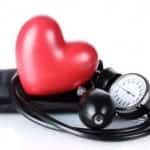 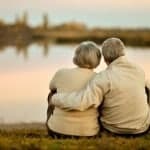 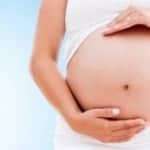 Creatine supplementation during pregnancy may have benefits for the fetus in cases of fetal growth restriction, premature birth, or when childbirth is delayed or complicated by oxygen deprivation of the newborn (R). Creatine loading before birth significantly protects the diaphragm from hypoxia-induced damage at birth (R). Increasing maternal dietary creatine consumption could be a useful treatment for preventing a lack of oxygen in newborns (R). 12) Creatine May Help Against Non-Alcoholic Fatty Liver Disease -Supplementation is known to reduce fat accumulation, resulting in beneficial effects in fatty liver and non-alcoholic liver disease (R). Creatine prevents liver steatosis and lipid peroxidation in rats fed a high-fat diet. There was also a reduction in the accumulation of lipids in the liver cells (R).

Dosage Short-term supplementation (e.g. 20 g/day for 5-7 days) increases total content by 10-30% and phosphocreatine stores by 10-40% depending on you and your current levels (R). A loading protocol is the fastest way to maximize muscle creatine stores. It involves taking a high dose for a few days, and then a lower maintenance dose after that (R). This usually means 20-25 grams of creatine per day, split into 5-gram doses, for 5-7 days. Then this is followed by a maintenance dose of 3-5 grams per day (R). I take 1-2g a day.

Article thanks to → Joseph Cohen

How to Squat : Ed Coan

Disclaimer: The entire contents of this website are based upon the opinions of Courtney Stanley, unless otherwise noted. Individual articles are based upon the opinions of the respective author, who retains copyright as marked. The information on this website is not intended to replace a one-on-one relationship with a qualified health care professional and is not intended as medical advice. It is intended as a sharing of knowledge and information from the research and experience of Courtney Stanley and his community. Please make your own health care decisions based upon your research and in partnership with a qualified health care professional. If you are pregnant, nursing, taking medication, or have a medical condition, consult your health care professional before using products based on this content.

Do NOT follow this link or you will be banned from the site!