5 Ways to Screw Up Intermittent Fasting

The Most Common Mistakes to Avoid

The nutrition world is driven by trends. And one of the biggest diet trends right now is intermittent fasting.

It's funny that people think intermittent fasting is a new idea. It's been around in our field for at least twenty years. In fact, T Nation published a few articles on this style of dieting in 1999! One of them was called the Warrior Diet, which instructed you to fast all day and eat a single meal at night. Yeah, it was pretty crazy.

I've used intermittent fasting on and off pretty much ever since I read those original T Nation articles. I'm not anti-intermittent fasting. There are several benefits to eating during a restricted timeframe. However, many people today are really screwing it up. These mistakes can lead to problems ranging from making the diet less effective to completely ruining it.

The standard intermittent fasting schedule uses the 16:8 approach. You fast for 16 hours and you have an 8 hour feeding window.

The first problem? People see that feeding window – the period where you're still digesting and absorbing – as an "eating window." Here's the issue: Digesting takes time.

If my last meal is at 6:00 PM then I'm not "fasted" at 6:05, 7:00, or even 8:00 PM. Even a moderately-sized meal will take longer than two hours to digest. After a meal you'll likely have nutrients entering your bloodstream for 3-5 hours or even longer! The nutrients don't ALL have to be absorbed to start the physiological reactions to fasting, but you certainly need to have digested and absorbed the vast majority of them.

When I do intermittent fasting, I stick to the original Warrior Diet method, which was to have one large meal and maybe a little extra food two hours later. That gives me a 3-4 hour eating window – much closer to a real 8-hour feeding window.

Mistake 2 – Taking the Easy Way Out

The original intermittent fasting approach was based on human cycles – you had a "sympathetic/active" phase and a "para-sympathetic/rest and recover" phase:

Simple. Basically, this meant not eating during the day when you're active and then eating in the evening when you have to recover. You used food (or the lack of food) to help put yourself in the best physiological/neurological state for what you had to do.

Nowadays a lot of people do an easy (but less logical) version of intermittent fasting. They count the time they're sleeping as fasting. For example, they stop eating at 8 PM and start eating again at noon the next day (a 16 hour "fast").

Of course, the first issue is – as we saw earlier – they're not truly fasted for 16 hours. But the other problem is that not eating while sleeping doesn't have the same effect as not eating while you're physically active.

Do you know what I call it when I stop eating at 8 PM and start eating at noon the next day? Skipping breakfast. That happens to be the most common habit of overweight people.

The fact is, when you're sleeping everything is slower. And you're also inactive. See, the main benefits of fasting come from an increase in AMPK. And AMPK is increased when you're in a significant caloric deficit. When you're sleeping your energy expenditure is drastically lower than when you're awake, sometimes twice as low. So an hour of "fasting" while sleeping is, at the most, equivalent to a half-hour of fasting while awake.

So let's look at an intermittent fasting guy who stops eating at 8 PM and starts again at noon. He goes to bed at 11 PM and wakes up at 7 AM. So he spends 8 hours sleeping and counts those hours as part of his fasting period. But in reality it's closer to 3 hours.

Why? First because he won't be "fasted" until midnight because of digestion... and that's a best-case scenario. So right off the bat he'll be fasted only from midnight to 7 AM during his sleep. That's 7 hours. And since he's inactive/sleeping the impact will be that of 3-4 hours of fasting while awake. So to have the same impact as 16 hours of true fasting, our bro would need to have his first meal at 6-7 PM and he would have about 2 hours to eat.

Those who believe they're intermittent fasting simply because they skip breakfast will argue that you'll still get benefits from not eating from 8 PM to noon the next day. Maybe so – because they're simply consuming fewer calories – but not anywhere close to the real benefits of actual intermittent dieting.

I think you should get as many hours of fasting while awake as possible. This will be a lot more effective than using the "easy version" and making yourself believe you're fasted for 16 hours. 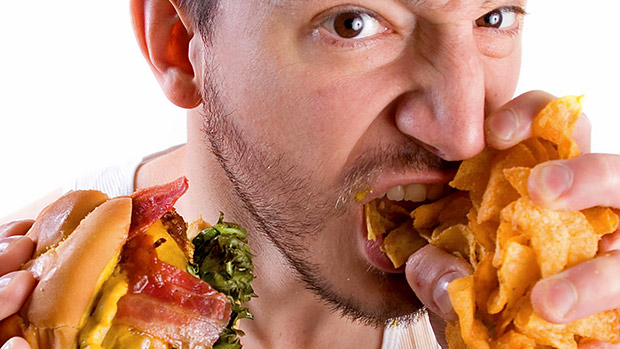 This is the most common mistake. People use intermittent fasting to be able to eat all the crap they want without feeling guilty. I've had several clients ask me if they could start intermittent fasting. Not surprisingly, these were the guys who just couldn't stick to eating a normal, healthy diet.

While being truly fasted for 14-16 hours a day will make fat loss easier, and likely gives you a bit more leeway when it comes to caloric consumption and food choices, it's not a license to eat crap.

If you eat a 1000 surplus calories per day when intermittent fasting – and even more so if that surplus comes from fast food, pastries, candy, etc. – you will gain fat.

And eating like this will simply reinforce your desire for high-satisfaction junk. Before you know it you'll be eating more and more crap every week. And if you try to go back to a "normal" diet, your desire for junk food will be even worse than it was before.

If you use intermittent fasting to be able to eat anything you crave, you'll fail and end up much worse psychologically than you were before you started.

I'll confess to being guilty of this one in the past. This is an attempt to decrease catabolism or muscle breakdown during the fasted period. But it's both unnecessary and counterproductive.

First of all, protein breakdown isn't as elevated as most people believe during a 14-20 hour fast. Fatty acid mobilization/oxidation (the use of fat for fuel) will be elevated the most. Dumping muscle tissue as soon as you go without nutrients for 14 hours makes no evolutionary sense. We wouldn't be here as a species if we started to lose muscle that quickly.

I'm pretty sure cavemen went foodless fairly often. I'm guessing they rarely ate more than once or twice per day. And they likely had days where they didn't eat at all.

If we were designed to quickly burn muscle for fuel as soon as we were deprived of food for a short time, our ancestors would've been as weak as 90-year old grandmas and not suited for survival in rough times. You will not waste away and lose your gains by fasting for 16 hours!

Plus, leucine can lead to a significant release of insulin, which can also increase mTOR and decrease AMPK. Not to mention that releasing insulin when you're not eating isn't a great idea. Can you can say hypoglycemia?

When you're trying to achieve the benefits of a fasted state, you should avoid consuming anything that will increase insulin. 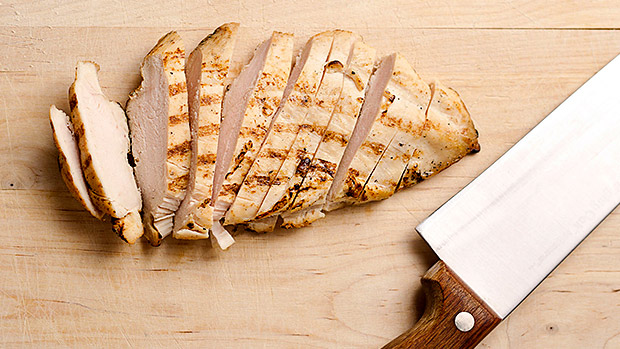 While a natural lifter doesn't need the humongous quantities of protein that some "enhanced" bodybuilders recommend, science is clear that there's a benefit in consuming a higher intake when it comes to building muscle. The age-old recommendation of ingesting 1 gram of protein per pound of bodyweight seems to hold true, maybe even going as high as 1.25 grams per pound for leaner individuals.

Getting that amount of protein won't be a problem for most people, but if you weigh 225 pounds or more it might become a challenge if you're restricting your food intake to a few hours per day. It could require up to two pounds of meat or 36 eggs in a day for example. And most foods high in protein are quite satiating, which could also make it hard to get enough calories in.

I'm not saying that getting enough protein is impossible. I've done it and still do. And with a tasty, quality protein powder like Metabolic Drive® Protein it's easier. But for larger individuals it could end up being a challenge, if not a chore. As a result, it's quite possible to limit muscle growth and not get the results you're expecting.

Intermittent fasting, if properly used, can be an interesting option. I believe the potential health benefits are significant, and for some people it can also be a good fat loss tool. It might not be the best way to eat to maximize muscle growth, but it's not impossible to gain muscle while on it.

So it could be a cool option for older meatheads who value longevity and health more than piling on even more muscle to an already muscular frame. But even if it is a viable option, if you make any of these mistakes you could very well limit the benefits you're after, if not negate them altogether.